Brad founded the Therapy Group of DC in 2003, a practice of psychologists and therapists emphasizing the ideals of Counseling Psychology. In 2014, he co-founded the Capital Therapy Project, a community-based psychotherapy training institute providing lower fee individual therapy and career counseling to those who call DC home. Expanding outside of Washington DC, he co-founded the Therapy Group of NYC in 2018. In recognition of his contributions to the field, he was named the recipient of the 2013 John D. Black Award for Outstanding Achievement in the Practice of Counseling Psychology by the Society for Counseling Psychology (Division 17 of APA). He was given a presidential citation in 2016 from the Society for the Advancement of Psychotherapy (Division 29 of APA) for his efforts as the Society's Internet Editor.

Ijeoma worked under Dr. Bob Lent as a graduate student in the Social Cognitive Career Theory Lab. She was also a member of the UMD Social Justice Lab team. Her research interests are pretty broad, and in general, revolve around questions of coping and well-being within a social justice, culturally conscious framework. Ijeoma is currently a postdoctoral resident in the Department of Psychiatry at Kaiser Permanente.

Kayi is graduate of the counseling psychology program at the University of Maryland. Her research interests broadly involve career development of ethnic minorities, adjustment and coping, acculturation/enculturation, and Asian American Psychology. She was also worked in the Culture, Race, and Health Lab with Dr. Matt Miller. She currently works as a staff psychologist at The Ohio State University Counseling Center.

Matt is an alum of the counseling psychology program and Lent Lab. He is currently a postdoctoral fellow at Haverford College. As a graduate student, he studied happiness with love and work ("Lieben und Arbeiten", as coined by Freud). His research interests focused on subjective well-being, in the specific life domains of interpersonal relationships and work. His dissertation integrated Attachment Theory and Lent's Social Cognitive Theory of Well-Being to explain college social satisfaction.

Robert is a graduate of the counseling psychology at the University of Maryland. His research interests are in technology application in psychotherapy, vocational psychology, and multiculturalism. His thesis explored factors that influenced people’s willingness to try online counseling. His dissertation explored factors that may influence a person’s domain-specific as well as general well-being. Robert also worked in the Culture, Race, and Health Lab with Dr. Matt Miller. He currently works as a licensed psychologist at Kaiser Permanente.

Mimi is a full-time private practitioner in Washington, D.C. She graduated from The Counseling Psychology Program at UMD in 2012 and then completed her postdoctoral work at Loyola University Maryland in 2013. Mimi's clinical style is particularly informed by attachment theory, which was one of her areas of research interests in graduate school. Her practice includes work with individuals, couples, and groups. More information about her practice can be found at www.helenamartinphd.com. 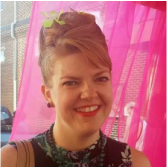 Ashley is currently a postdoctoral fellow with the Therapy Group of DC. She earned a Master’s degree in I/O psychology from the University of Georgia before her career path shifted toward counseling psychology. Her research interests lie mainly in career development, research training, and clinical supervision. She is especially interested in the impact of growth-promoting relationships on self-efficacy in various contexts. She recently had a study published in the Journal of Counseling Psychology which found support for the relational nature of self-efficacy beliefs and the importance of the advisory working alliance in developing research efficacy, research interest, and research productivity.
​

Hung-Bin is an Assistant Professor in the Counseling Psychology program at the University at Albany, SUNY. His research interests focus on cross-cultural well-being and the application of social cognitive theory to career development and counselor training. Dr. Sheu has published book chapters and journal articles as well as delivered presentations on these topics at national and international conferences. He has also served on the editorial boards of the Journal of Counseling Psychology, Journal of Vocational Behavior, and Chinese Journal of Guidance and Counseling (published in Taiwan).

Daniel is Director of the Center for Men’s Excellence in San Diego, California. His research and practice focus on the psychology of men and masculinity with an emphasis on men’s perinatal mental health during the transition to fatherhood. Daniel leads a research team conducting research addressing key social cognitive elements of new fatherhood and regularly consults with organizations regarding best practices in helping male employees to maintain high psychological well-being and productivity during the perinatal period spanning from conception to one year postpartum. During his free time, he likes to read, cook, surf, and take his two boys on hikes to throw rocks at things.